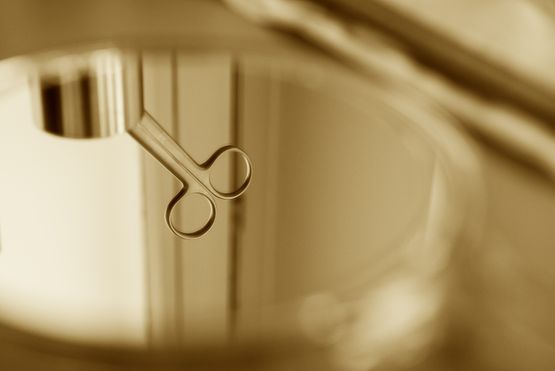 Gender confirmation methods – what happens during a mastectomy?

A mastectomy means that the plastic surgeon removes the patient’s mammary glands. Many trans people consider breast removal one of the most important steps on their gender confirmation journey: even though binders can help conceal breasts underneath clothing, that obviously doesn’t change the wearer’s individual perception of their body, or increase their personal well-being.

Having a mastectomy in Zurich is a way for patients to bring their chests more in line with their ideal and give them the most natural-looking, masculine torso shape possible. Human mammary glands are always embedded in fatty tissue, though the thickness of that layer varies from person to person; as a result, the mastectomy process also involves liposuction to create a smooth, flat chest. Without liposuction, the fat deposit left behind may be reminiscent of a breast. The plastic surgeon performs this step as part of the mastectomy operation, eliminating the need for an additional procedure.

When can a mastectomy be performed?

As a gender confirmation procedure, mastectomy surgery offers people suffering from gender dysphoria (formerly known as „gender identity disorder“) a way of getting one step closer to the body they want. For people who identify as female-to-male or female-to-nonbinary transgender, having breasts can be a source of great discomfort. A mastectomy can help those people stop feeling like strangers in their own bodies. Prerequisites for the procedure include a thorough consultation and medical examination to rule out any potential contraindications. Patients will also need a letter of referral from their treating psychiatrist or psychologist.

Where will the incisions be made?

During their consultation, the doctor and the patient will plan the mastectomy procedure individually, tailoring it precisely to the patient’s needs. Depending on the results the patient is looking for and the patient’s particular anatomy, several different surgical techniques or incision paths may come into question. With small breasts, the plastic surgeon usually creates a circular incision around the areola (a periareolar incision), and then removes the patient’s mammary tissue and excess skin. The periareolar method generally leaves very little scarring, but the technique can only be used to remove smaller amounts of tissue. If the patient has larger breasts, a longer incision will generally be necessary in order to remove enough tissue.

Will there be scarring?

Any procedure that involves incisions carries a risk of scarring, though some techniques help minimize scars. In the case of mastectomy operations, it mainly depends on the incision used and the patient’s individual healing process, which can never be predicted with total certainty. Experience has shown that periareolar mastectomies leave little to no visible scarring, as the incision is made at the junction between the areola and the surrounding skin. Removing larger breasts usually requires longer incisions, which can result in scarring of the chest. Scars are often darkest and most visible immediately after the procedure, and generally fade with time.

After one to two years, they are barely visible at all in many cases. Proper aftercare is important for scar prevention. For example, patients should allow themselves plenty of rest and recovery time, and should avoid direct sunlight or tanning beds, because UV radiation can cause scars to darken. Medical personnel will give patients more information on how to care for their scars and which products are most helpful.

If the results aren’t satisfactory, can they be corrected?

Personal consultation sessions before mastectomy operations are about more than just planning the operation precisely and providing detailed information—they’re also about helping patients develop realistic expectations about their results. Even so, on occasion, the final results of the breast removal process don’t line up with what the patient was hoping for. Slight asymmetries can occur, although this usually looks natural, since the two sides of the human body are never exactly identical. If the procedure yields disharmonious results, patients can arrange for a corrective procedure—to pull the overlying skin more taut, for example, or perhaps to correct scars that have not healed and faded as desired. However, any corrective operations should only be considered after the healing process is complete and the final results are visible, which generally takes a minimum of six months.